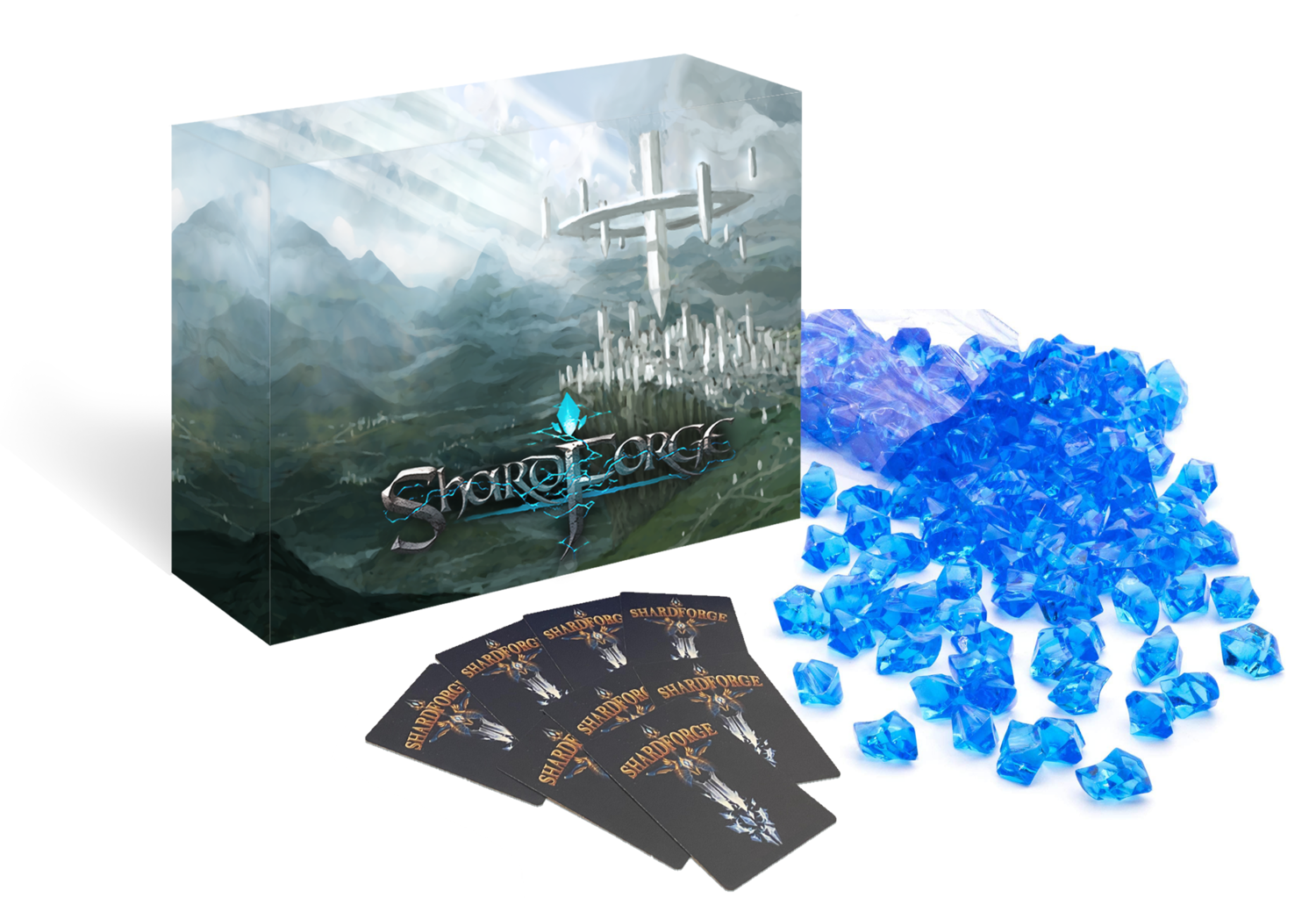 Shardforge is a two-player strategy card game where players take on the role of a Shardcaster. Build a party of heroes, forge powerful magic items, and cast devestating spells - be the first to forge the astral gateway before your forge is currupted by the ravenous "Greed," a horde of shadow monsters who are hellbent on consuming the shards and corrupting everything in their path.

The defining feature of Shardforge is that players can customize their cards through gameplay.

*Note: With the exception of the Commemorative Full-Art Forge card, the art on early alpha products may vary in quality and style.

Be among the first to test this upcoming game, designed and developed by Skyfall Game Studios.

Save this product for later
Display prices in: USD